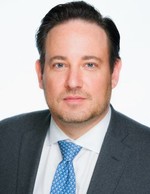 Nicholas O'Grady has served as our Chief Executive Officer since January 2020. Since June 2018, Mr. O’Grady previously served as the Company’s Chief Financial Officer. He also held the title of President from September of 2019 until his promotion to CEO. Mr. O’Grady leads the Northern team in all respects of the business, including investments, financial management and business strategy. Mr. O’Grady has helped facilitate over $1.2 billion in acquisitions and $2.4 billion in gross financings during his tenure at Northern. Mr. O'Grady has nearly two decades of finance experience, both as an investment banker and as a principal investor. Mr. O'Grady began his career in the Natural Resources investment banking group at Bank of America. Later moving to the hedge fund industry, he worked at firms such as Highbridge Capital Management. Immediately prior to Northern, Mr. O’Grady worked at Hudson Bay Capital Management, where he focused on energy-related equities, public credit, private and direct investments. Mr. O'Grady holds a Bachelor of Arts in both History and Economics from Bowdoin College in Brunswick, Maine. 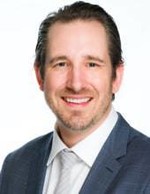 Mr. Dirlam leads the M&A and capital allocation efforts in his current role as President. Mr. Dirlam previously served as the Chief Operating Officer since January 2020, prior to which he served as the Company’s Executive Vice President - Land since May 2018and other various roles with the Company since 2009. Prior to Northern, Mr. Dirlam served in various finance and accounting roles for Honeywell International. Mr. Dirlam holds a bachelor's degree from the University of Saint Thomas and a master's degree from the University of Minnesota - Carlson School of Management. 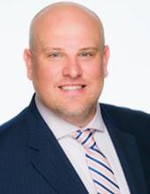 Mr. Allen leads all accounting, financial and public company related functions as our Chief Financial Officer. Previously he served as Chief Accounting Officer since August 2016, prior to which he served as the Company's Corporate Controller since joining Northern in August 2013. Mr. Allen served as the Company's Interim Chief Financial Officer from January-May 2018. Prior to Northern, Mr. Allen was in the audit practice with Grant Thornton LLP from 2010 to 2013, and in the audit practice at McGladrey & Pullen, LLP from 2004 to 2010. Mr. Allen holds a Bachelor of Science in Accounting from Minnesota State University, Mankato and is a Certified Public Accountant. 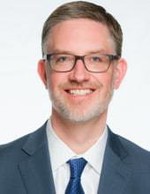 Mr. Romslo oversees all legal, regulatory and SEC related matters as Chief Legal Officer, and facilitates all Board functions as Secretary. He joined Northern as our General Counsel and Secretary in October 2011 and added the Executive Vice President title in January 2013, before being promoted to Chief Legal Officer in January 2020. Prior to joining our company, Mr. Romslo practiced law in the Minneapolis office of our outside counsel, Faegre Drinker Biddle & Reath LLP (formerly Faegre & Benson LLP), from 2005 until 2011, where he was a member of the Corporate group. Prior to joining Faegre, Mr. Romslo practiced law in the New York City office of Fried, Frank, Harris, Shriver & Jacobson LLP. Mr. Romslo holds a bachelor's degree from St. Olaf College and a law degree from the New York University School of Law. 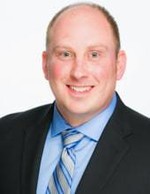